I read a book

Which shouldn't be cause for celebration. I've earned a college degree which proves that on some level, I, Erick Diaz, can read a book. But something I've been learning for the past ten years is that reading as a kid and reading as an adult are inherently different. As a child I would read anything and everything; encyclopedias, cereal boxes, Box Car Children, Redwall — the childhood library piles up. Something insidious happens as time goes on; one develops tastes and preferences. This isn't a big deal until one starts to butt up against the realities of adulthood. Work and marriage and kids and college and. . . the list goes on and doesn't diminish. A discerning palette further restricted by a lack of time or energy results in starvation, er, book-starvation in my case. This metaphor feels clunky; I haven't read much lately is what I'm getting at.

As a child, it's simple to look at the life of an adult and admire their boundless freedoms. Full control of one's life and faculties – the empowerment of a certain age. In fact, it would be remiss and naive not to acknowledge the truth of adult life from a kid's perspective; we really do have full freedom of choice. But somehow life gets messy and bogged down with expectations, responsibilities, and assumptions about what it means to be a productive member of society ™. These "mental-weights" (for lack of a better term) obscure the truth that was clear as a child. And as an adult, it's easy to yearn for those bygone and simple childhood days when there were no heavy expectations or anyone depending on you. This too is a filmy and false perspective enabled by those rosy nostalgia specs. Kids are (or at least should be) provided everything they need, unburdening them from the worry of sustaining life. And yet — without responsiblity, there is no choice. Kids don't have the full freedom to do as they choose because they are beholden to a parental power.

We either yearn for the future or pine for the past; all while neglecting the present instead of savoring it. What a bitter pill.

All of this culminates in letting fun and fulfilling past-times somehow fade into the background radiation of life's many minutiae. I love reading. I think it makes me a better person. And while it may not make me smarter — can't get blood from a stone — it allows me some more perspective and moments of introspection. Plus it bumps up my vocabulary, allowing me to be even more pretentious.

All of this brings me to the book I enjoyed reading:

(In case this wasn't clear upfront, I'm definitely gonna talk about parts of the book in spoiler-y detail, proceed at your own.. autonomy) 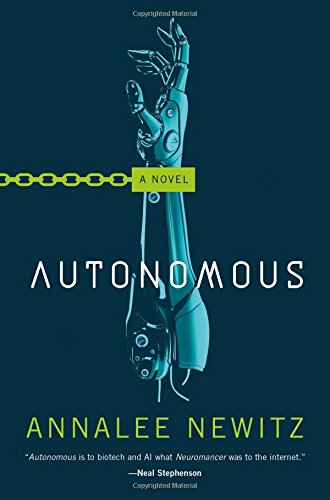 My take: Man, What a cool book.

It was exactly the sort of hard sci-fi, cyberpunk-y, neo-future literature I've been jonesin' for. I didn't even realize it until I started reading. Funny enough, the hard sci-fi aspect wasn't what hooked me — the book opens with a poem (a snippet of lyrics I would come to find out later) called The Last Saskatchewan Pirate which regales us with the tale of Tractor Jack, bankrupt farmer turned river pirate, scourge of Saskatoon and burglerer of barley. The poem had both the cadence and subject matter of a sea shanty, but it was inside a book with a robot arm on the cover. I was intrigued and had to keep reading to figure out what the hell it was about.

Turns out the book hid a galleon's hoard of pirates, drugs, robo-sex, futurism, and of course, the staples of sci-fi, social commentary and philosophy.

You folks remember that cheesy PSA back in the early 2000s? It was right around the rise of p2p networks and torrenting clients (I was a Kazaa and Limewire kid myself). A time when everybody was downloading their favorite tunes and burning blurry movie theater handcam footage of Harry Potter and The Prisoner of Azkaban to DVDs. It was the one with the gritty music and grittier text conflating file-sharing to grand theft auto — of course nobody wants to be a a criminal. Nobody of sound mind and with full knowledge of their actions would violate copyright law again and again, taking bread straight out of the fat-cat executives mouths, yeah? You wouldn't steal a car right? 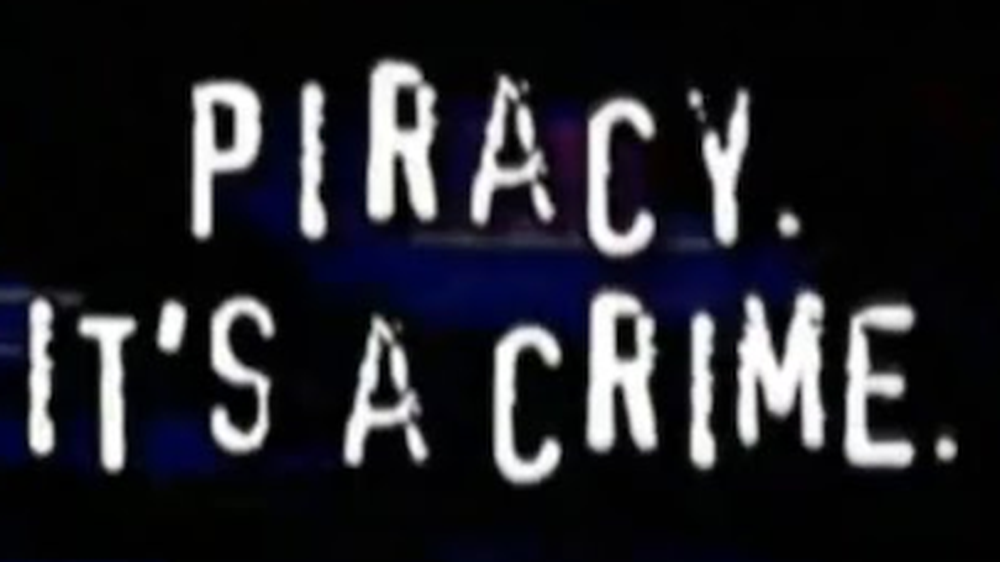 The story opens up with a different Captain Jack — Real name Judith Chen — drug-runner, radically brilliant scientist, anti-patent pirate, and constant thorn in Big Pharma's wallet. Jack had just finished offloading her most recent reverse engineered drug. Zacuity, the latest and greatest from pharmaceutical giant Zaxy; a wonder-drug meant to induce euphoria and good feelings for those doing menial, repetitive, and boring work. It's supposed to spice up the worst tasks and keep employees nice and complacent. Unfortunately for Jack, the drug also seems to destroy dopamine receptors and make people crippingly addicted to their work. To the point where throughout the story different terrible and horrific side-effected addicts are presented in dadaesque detail — New York gets flooded, trains get derailed, and at one point, everything an addict can get ahold of gets turned into donuts, including some people and a cat.

Thus, the inciting incident and Jack's current raison d'être are zoomed into focus.

Captain Jack, much like Tractor Jack, didn't start off as a pirate. She wanted to make the world a better place with "Good Science", tenacity, and subversion of the suffocating patent laws that seem to suffuse everything in the 2100s. She's described as a radical, but I'm pretty sure that if someone living in 2000s Canada got magically transported to 2100s Canada, they'd go "radical" soon enough. Maybe one can be acclimated to gradual government and corporate power abuses over time instead of all at once.

Nonetheless, Jack is a self-sufficient and badass pirate. She EMP'd a murderbot in an old rumrunner's tunnel, killed a junkie looting her submarine with an assassin level knife throw, and eventually helped create a remedy for her ill-distributed Zacuity clone.

Oh no, I forgot where I was going

'cause I'm coming back to this draft months later.

I'm bad at comin' back to this stuff. I remember reading the book, I remember liking it, and I remember wanting to write about it. But then I got busy with other things ha. I started writing this in November 2020 — sadly, if I had any particularly juicy insights I can't recall them now. The good thing that come from reading this book is that it got me back into reading regularly. I read a bunch of the free ebooks that Tor hands out like candy, I fell head-first into Warhammer 40k lore-world and started reading and enjoying the Gaunt's Ghosts novels/Horus Heresy stuff, and I started reading more grown-up-look-at-me-I-do-business books (I distinctly remember reading Humanocracy, 5 Dysfunctions of a Team, and a slew of others).

That's a pretty sound recommendation for a book though; it got me outta my non-reading rut and kickstarted my love of books back up.

10/10 would read a book about cyberpunk pirate drugs and robots again.